カテゴリー: Seoul Tours タグ: Half Day Tours
Free Cancellation When cancelling by 5pm the day before most tours. See Details.

If you ask what to do in the afternoon? We offer this tour to make your afternoon perfect! Changdeok Palace was built in 1405 by King Taejong, Changdeok is the best preserved of all of Seoul’s palaces. It has its own unique architectural beauty including a pond in harmony with the old palace buildings, provide a serene and cozy atmosphere for all to enjoy. Insadong is the most reliable place to purchase antiques in Seoul. You may browse antique shops, art galleries and secondhand book stores.

Opened in 1964, Namdaemun Market is the first largest traditional market in Korea with various goods in store such as children’s, men’s and women’s wear. The displayed goods are sold at a reasonable price and it also functions as a wholesale market. Most of the goods are produced directly from shopkeepers. Namdaemun Market is opened from 11:00 pm and at 3:00 am; it is crowded with retailers from all over the country. At daybreak, the site of busy Koreans creates a unique scene in the market where it is becoming a worldwide tourist attraction. 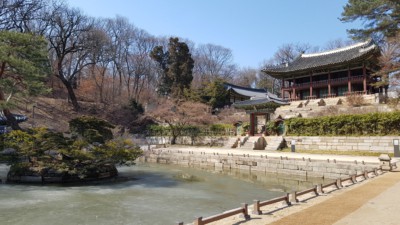